We welcomed local schools to explore the history of the internet and what the next 50 years will look like through a comic book workshop.

To mark the 50th birthday of the Internet we welcomed local school children to a comic-making workshop to learn about the history of the internet and explore its future in a fun and interactive way.

The Trampery on the Gantry's resident digital historian, Jim Boulton, and Lucasfilm illustrator JAKe took the class on a whirlwind tour of the Information Age, providing each child with a comic book. The last page was blank, offering an opportunity for attendees to sketch their vision of the world in fifty-years time. 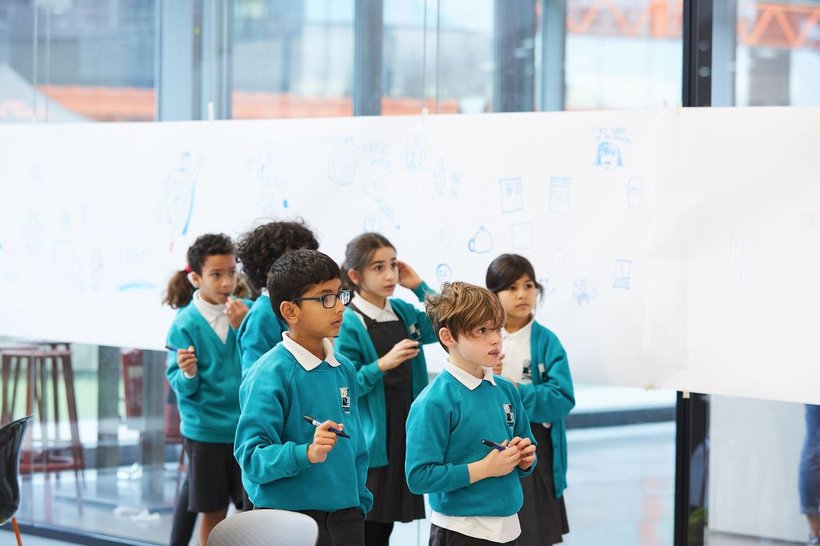 Alan Kay, one of the stars of the comic, says “the best way to predict the future it to invent it”. If so, robots are destined to be big in 2069. From knife-crime fighting robocops, to android lions, kangaroos and chickens, in the future people and intelligent machines will live side-by-side.

While robots are in, cars are out. Longer journeys will be taken using portals, teleports and time machines. For shorter trips, flying coats and chairs will be the main modes of transport. Not that we’ll ever need to leave our homes, print anything machines will mean we’ll never run out of milk, or anything else, ever again. 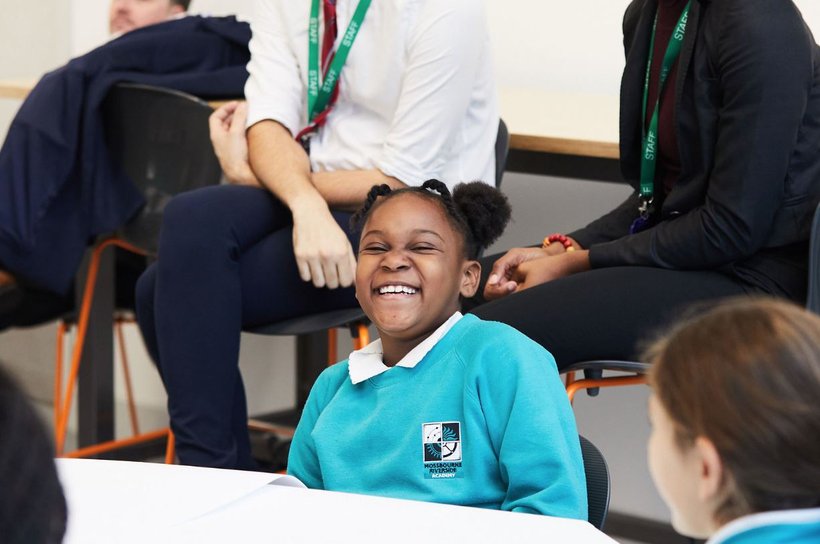 Some didn’t see a techno-future at all, rather a re-boot of planet earth, where the Internet is switched off and the planet is given a chance to heal. Even those enthralled by technology, saw a future without smartphones, replaced by smart clothes, smart jewellery and even smart pills.

Whether these visions are accurate or not, it was great to see local young people thinking about the role technology plays in their lives. We've heard the predictions, now let's see what the future holds.

We use cookies to improve your experience of the site only. Any data we record we do so anonymously, and no personal data is stored. By continuing to browse you agree to our cookie policy, full details of which you can read here.