This week Here East hosted a Bike Drive where NHS staff in London were been given unclaimed stolen bicycles from police storage under a new scheme launched by the Met in collaboration with Pro Bike Service CIC.

More than 100 bikes were given to staff at the Barts and London NHS Trust at an event on Monday and Tuesday. The bicycles, which are all believed to have been stolen, have been in police storage for considerable time and would otherwise have been left unused and eventually scrapped.

Bike Pro Service CIC generously serviced and repaired all of the bicycles for free, while representatives from Bike Register and Sold Secure also attended to register the recipients and their bicycles on the National Cycle Database and provide security locks. 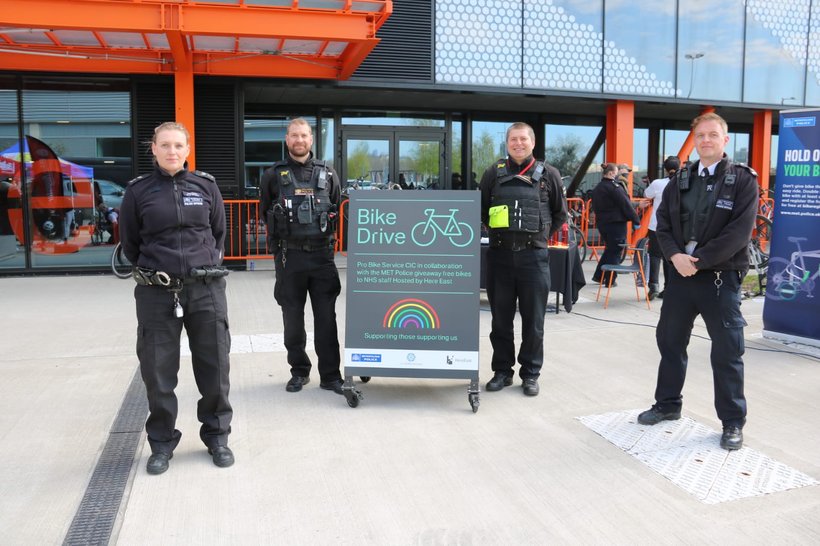 When I saw the work the MET were doing I thought it aligned really well with our guiding principles. We had already gifted our entire bicycle stock to the NHS staff at Newham, Whipps Cross, Royal London and Homerton hospitals in 2020, so this seemed like an opportunity to do even more to help support those on the frontline who support us.

We use cookies to improve your experience of the site only. Any data we record we do so anonymously, and no personal data is stored. By continuing to browse you agree to our cookie policy, full details of which you can read here.